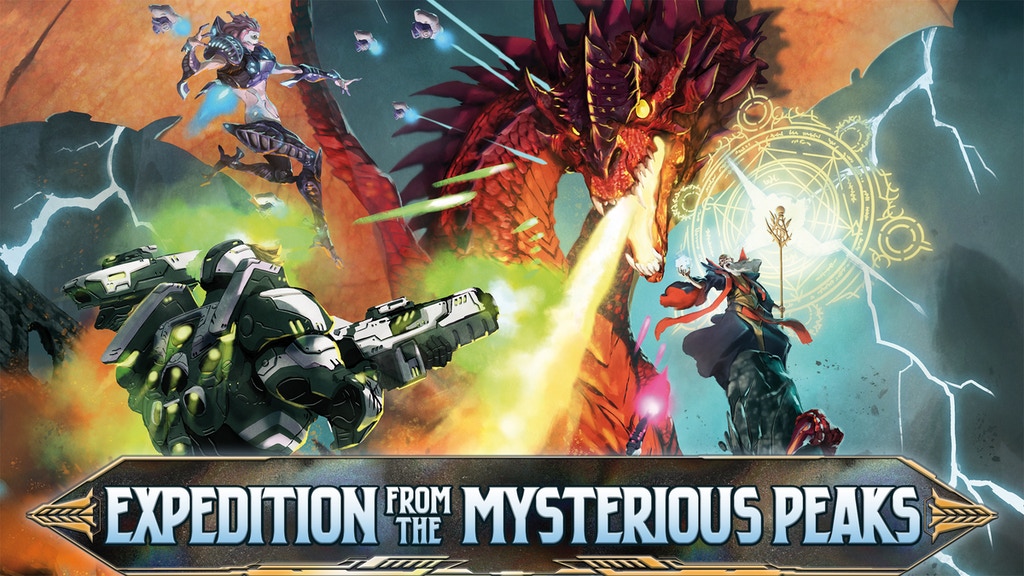 In this update, we'll reveal a little more about the fantasy genre side of the adventure setting.

Years after the legendary heroes returned victorious from the Barriers, a war between the Principalities of Thalis resulted in a magical cataclysm that transformed the nation into a twisted wasteland of shifting landscapes. The land of Elsever, at the foot of the Barriers, became the a refuge for survivors who escaped the devastation.

The fallout from the conflict caused the collapse of the ruling body, leaving the people to fend for themselves. While survival was at the forefront, for some, the war would never be over.

Using magitech artifacts scoured from the Barrier ruins, new domains rose from the wastelands. Concealed to the normal eye, these realms are connected by arcane gateways built along the Valley of the Ancients.

In our next setting overview, we'll present an overview of the Aldor Star System and the surrounding galactic regions.

After an amazing start, we hit our funding goal with 27 days still left to go! Our sincerest and heartfelt Thank You to all of you for making this possible.

Of course, this means we're just getting started. Now we get to work toward unlocking stretch goals, adding additional adventure and setting content, expanded monsters, character features, and a few extra surprises along the way!

As the campaign progresses, we'll reveal more about the setting in which the adventure series takes place.  You'll also learn more about the wonderfully talented designers contributing to the project.

So stay tuned for more!